Spelling : The Hart and the Hunter 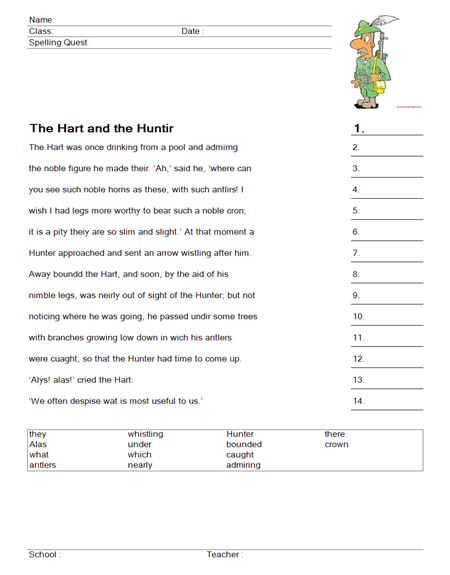 The Hart and the Hunter


The Hart was once drinking from a pool and admiring
the noble figure he made there. ‘Ah,’ said he, ‘where can
you see such noble horns as these, with such antlers! I
wish I had legs more worthy to bear such a noble crown;
it is a pity they are so slim and slight.’ At that moment a
Hunter approached and sent an arrow whistling after him.
Away bounded the Hart, and soon, by the aid of his
nimble legs, was nearly out of sight of the Hunter; but not
noticing where he was going, he passed under some trees
with branches growing low down in which his antlers
were caught, so that the Hunter had time to come up.
‘Alas! alas!’ cried the Hart:
‘We often despise what is most useful to us.’