The Bundle of Sticks : Spelling Worksheet

The Bundle of Sticks

An old man on the point of death summoned his sons
around him to give them some parting advice. He ordered
his servants to bring in a faggot of sticks, and said to his
eldest son: ‘Break it.’ The son strained and strained, but
with all his efforts was unable to break the Bundle. The
other sons also tried, but none of them was successful.
‘Untie the faggots,’ said the father, ‘and each of you take a
stick.’ When they had done so, he called out to them:
‘Now, break,’ and each stick was easily broken. ‘You see
my meaning,’ said their father.
Union gives strength. 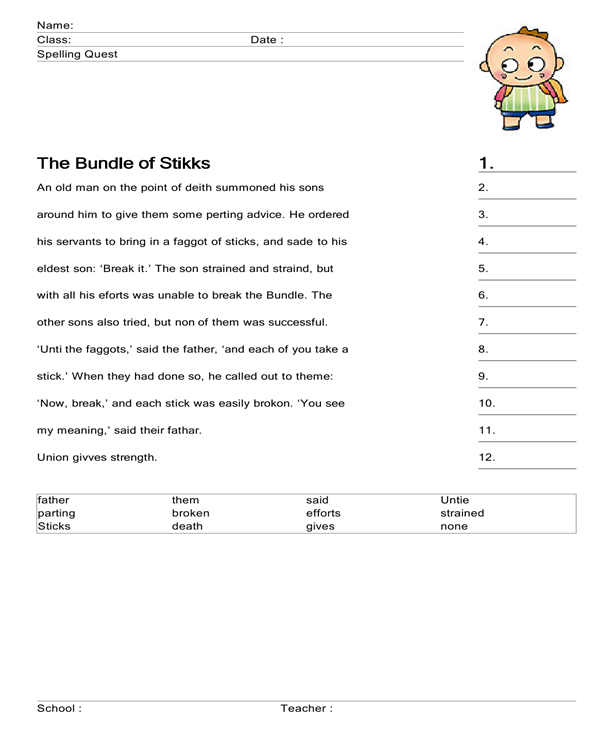 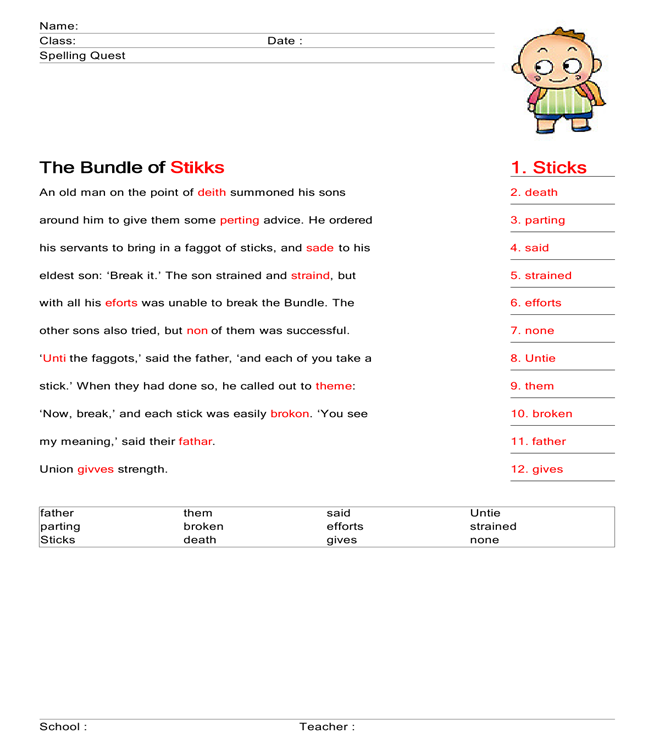