The Fox Without a Tail : Spelling Worksheet

It happened that a Fox caught its tail in a trap, and in
struggling to release himself lost all of it but the stump. At
first he was ashamed to show himself among his fellow
foxes. But at last he determined to put a bolder face upon
his misfortune, and summoned all the foxes to a general
meeting to consider a proposal which he had to place
before them. When they had assembled together the Fox
proposed that they should all do away with their tails. He
pointed out how inconvenient a tail was when they were
pursued by their enemies, the dogs; how much it was in
the way when they desired to sit down and hold a friendly
conversation with one another. He failed to see any
advantage in carrying about such a useless encumbrance.
‘That is all very well,’ said one of the older foxes; ‘but I do
not think you would have recommended us to dispense
with our chief ornament if you had not happened to lose
it yourself.’
Distrust interested advice. 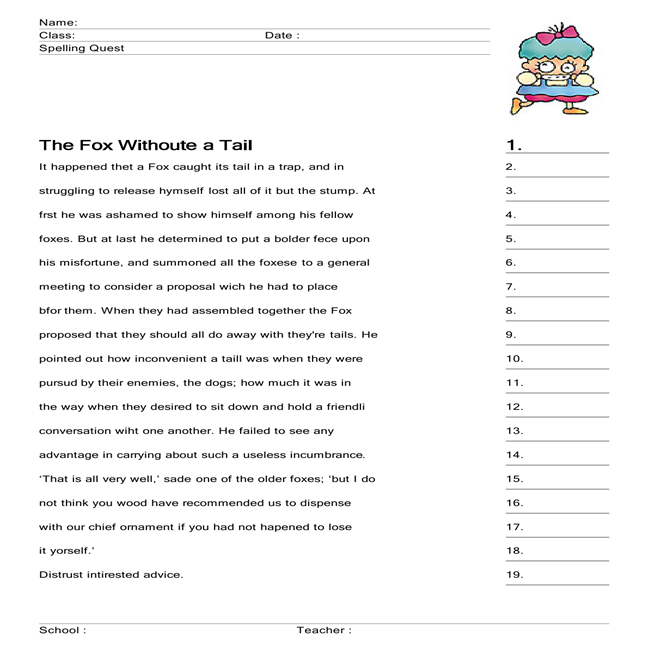 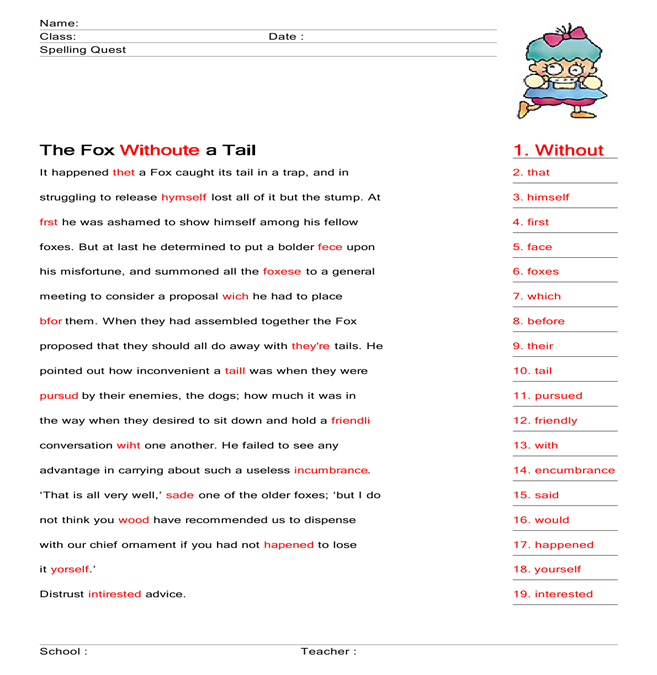