The Sick Lion
A Lion had come to the end of his days and lay sick
unto death at the mouth of his cave, gasping for breath.
The animals, his subjects, came round him and drew
nearer as he grew more and more helpless. When they saw
him on the point of death they thought to themselves:
‘Now is the time to pay off old grudges.’ So the Boar
came up and drove at him with his tusks; then a Bull
gored him with his horns; still the Lion lay helpless before
them: so the Ass, feeling quite safe from danger, came up,
and turning his tail to the Lion kicked up his heels into his
face. ‘This is a double death,’ growled the Lion.
Only cowards insult dying majesty. 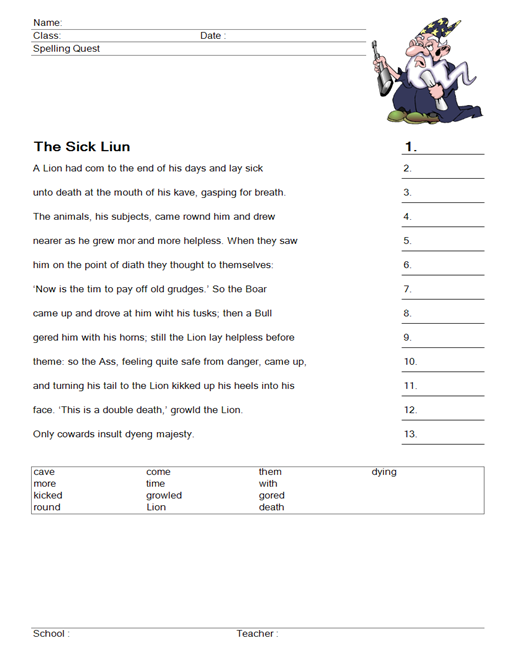