Avaricious and Envious
Two neighbours came before Jupiter and prayed him to
grant their hearts’ desire. Now the one was full of avarice,
and the other eaten up with envy. So to punish them
both, Jupiter granted that each might have whatever he
wished for himself, but only on condition that his
neighbour had twice as much. The Avaricious man prayed
to have a room full of gold. No sooner said than done; but
all his joy was turned to grief when he found that his
neighbour had two rooms full of the precious metal. Then
came the turn of the Envious man, who could not bear to
think that his neighbour had any joy at all. So he prayed
that he might have one of his own eyes put out, by which
means his companion would become totally blind.
Vices are their own punishment. 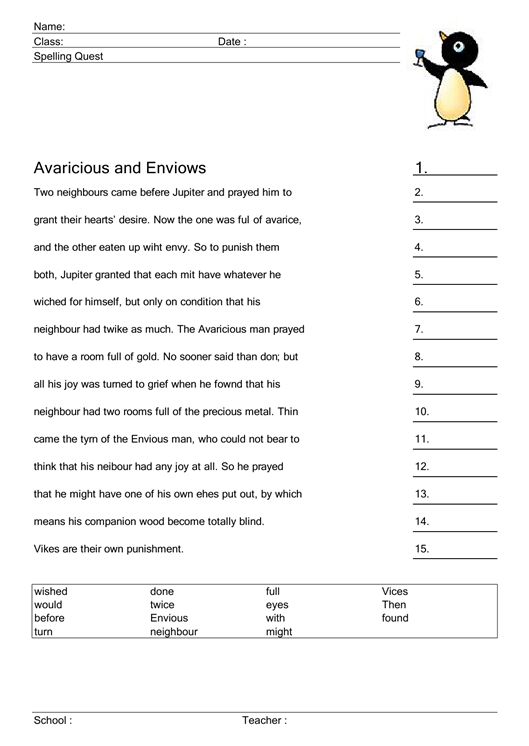